With a bingo ball and a Lego block, that’s how summer begins. 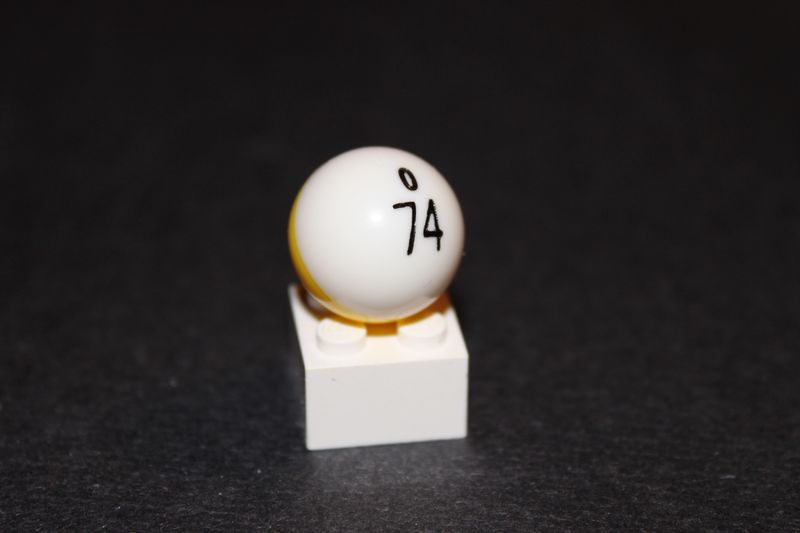 It is a typical shopping day:

Hop in the car. Back out of the driveway. “Who has the
list?” Oops… forgot the list, back into the driveway. Søren is chosen for the
journey there and back again. I
watch him up the driveway… there he goes, two minutes later back again clutching
the list triumphantly. My youngest son jumps into the car and we’re off…

We arrive at Trader Joe’s in nothing flat. In summer we
don’t have to battle traffic patterns.

Splitting the list into five sections, we scurry in five
directions, grab the goods and get in line. It’s a little game we play, our
version of Beat the Clock. I get a kick out of the items slipped into the cart
by my frenetic shoppers: Crispy Crunchy Chocolate Chip Cookies, Altoids, frozen
pizza, Hansen’s Soda, lime popsicles, and even rice milk when they’re
desperate. Sometimes I smile, let
them see me turn a blind eye, but mostly I draw the line, “Put it back please.”

On this particular day, the first shopping day of summer, we
are fast, no doubt accomplished our trip in record time. The five of us want
nothing more than to be home doing nothing, that’s right n-o-t-h-i-n-g.

END_OF_DOCUMENT_TOKEN_TO_BE_REPLACED 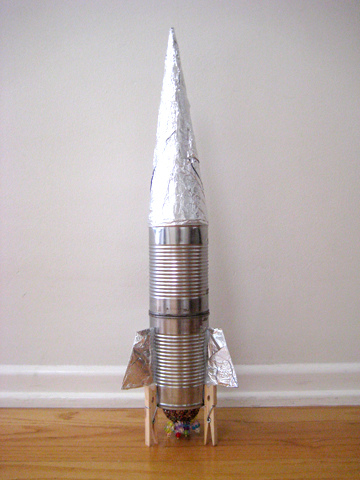 Hurrah…Our first post ever! This moment has been a long time coming and we’re so excited to begin this conversation with you.

We originally intended for this blog to be a place to meet, dialog and help customers get to know and utilize our Blackbird & Company product better but as we started planning it became overwhelmingly clear to us that there was so much more to share. Looking back over twenty years of educating and mothering, the
“hours & days” have certainly been sprinkled with the miraculous—delightful, inspiring, humbling, disappointing, hilarious,
and enlightening curiosities. It’s in these stories where the heart of all we do lies, and where the heart of our business lies. At the very core of these stories is our belief in the potential of each child, the value of family, and the power of the creative pursuit.

We’ve found our blogger footing and invite you to explore, linger, share and learn with us on this four&twenty journey.

(The awesome rocket sculpture was created as a final project for our Level 2 Literature Discovery Guide: The Wonderful Flight to Mushroom Planet.)

The art of learning is much more than amassing knowledge. For children to acualize their own unique creative genius, they must be encouraged to engage in the work of discovery.

Blackbird & Company curriculum encourages the child to acquire academic skills and, along the way, practice using these skills to bring shape to their original ideas. Over time, children will develop rhythms of routine culminating in the development of Habits of Being that enable them to accomplish long-term meaningful work. As learners, children are capable and strong, with the potential to tap into the satisfaction of intrinsic rewards. Children are complex beings, and so we strive to offer strategies for individualization within each of our offerings including foundational and explorative quests designed to help the child tap into his or her strengths. The work of weaving connections between education and the child’s purpose in the world at large is the art of learning.

recognizes the extraordinary in each child

believes that children are capable of self-directed learning

adapts to the brilliance of the young mind

inspires the student toward purposeful action

offers depth rather than breadth

…is a sailing instructor

“I’m not afraid of storms, for I’m learning how to sail my ship.”

What if I told you that when my grandmother died I stumbled upon a box that contained a sizeable archive of those newspapers that continue to twitter, “imagination matters” … what if I told you this is why I decided to set off on an incredible journey into the world of education?

Would you believe me if I told you that I became a teacher at a tag sale, transformed 100-square feet of our flat roof bungalow to a one-room school house, invited 7 families to join my Guild, and delivered my third child a week before the first day of class?

The Guild Method has been taking shape for over fifteen years. Though we’re not housed in the flat roof bungalow anymore, my guildschool is still a cluster of cozy spaces where children engage in their important work. Often I pause to soak in the glorious hum. Founding academics on creativity is at times chaotic, often loud, but it affords our students ample opportunity to bring shape to their ideas. And this is worth every bit of the swirling motion, every single elevated decibel!

I suppose you’d say I’m a visionary, the founding director of an academic amalgamation.

Long ago I received my bachelor’s in biological psychology and fine art, graduate training in clinical art therapy, and later in life chased down an MFA in writing.  My book, Habits of Being: Artifacts From the Classroom Guild recounts the many observations and ideas that sprang from schooling my children and others.

I’m a founding partner of Blackbird & Company and love bringing shape to the curriculum we offer.

I’m often puzzled when asked, “How do you keep all those plates in the air?”

My response? “It’s either that or stand barefoot in shards of porcelain.”

Guess I see life teeming with possibility. I’m with the Red Queen on this one, “Why sometimes I’ve believe as many as six impossible things before breakfast.”

I suppose it all boils down to that dinky white portable typewriter.

Kim Bredberg has been an advocate for reform in education for nearly three decades. She is a founding partner of Blackbird & Company Educational Press, Waterhouse Guild, curriculum expert, and author of Habits of Being: Artifacts from the Classroom Guild. Her writing and visual art students have won numerous awards and been recognized on the regional and national level by the Scholastic Alliance for Arts & Writing and have been published in international writing journals. Kim has been recognized nationally for her role as an arts and writing mentor. The California resident, mother of four, long ago received her Bachelor of Arts degree from the University of California at Santa Barbara in biological psychology and fine art, graduate training in clinical art therapy from Loyola Marymount University, and received her Master of Fine Arts in  writing from Antioch University.

Category: A is for Blog Authors