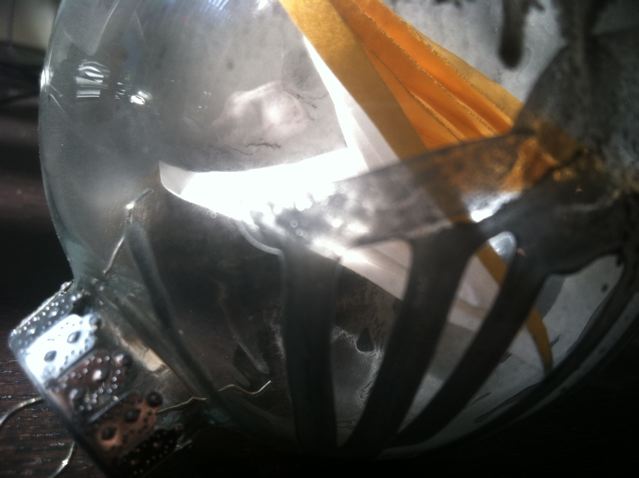 What did we do for New Year’s Eve? Movie night. Sure, we belong to Netfiix, but we also have an expansive old-school DVD collection.

I am happy to report that last night old school won, Between the Folds.

If we are being honest most of us hold pretty low expectations for a sheet of paper. Scribble, scribe, crumple, and toss. But this film hyperbolically demonstrates the magnitude of paper’s underutilization. Truth is folding paper taps into paper’s latent potential. Work a single fold and the sheet of paper, and voila, the sheet of paper will never be the same.

This film takes us to the intersection of math and science and art and invites us to linger.

When I shared this film with my science workshop last spring, I wrote a ridiculously complex equation for a hyperbolic paraboloid on the board.

Next I handed out large pre-cut squares of paper and told the students to do the math. They were to fold a single hyperbolic parabola. Well into the folding with the room quiet except for paper crinkling mathematically I reminded them to consider their own endowed potential, “Think about it, even paper has hidden potential that is realized with a bit of concentrated effort. Is your potential worth the work?”

This afternoon, on the very first day of 2012, my oldest son handed me a gift.

As you can see, it looks suspiciously like a Christmas ornament, but it’s not.

Honestly, I am quite sure this is more than art. This is language, inspiration, translation, transposition.

Taylor took everything he gleaned from this film and globed it to haiku.

This is visual poetry at its best.

Watch the film and I think you will see what I mean.