Home » BBCo Blog » The Spider That Did Not Skip a Beat 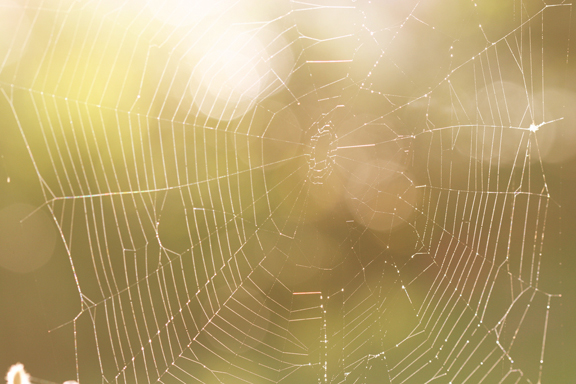 At the end of back-to-school week #3 I was exhausted and, frankly, a bit discouraged.

The tower of blocks was skewed and teetering: Three sons and a daughter on top of Laundry with a capital L on top of an empty refrigerator on top of a rat in my garden on top of dusting on top lesson plans on top of a sore throat and a stuffy nose.

So early Saturday morning, I made a cup of tea and called my friend Shirean who has three grown children, only one left in the nest. I was sure she would have an offering of remedy words.

Shirean patiently nodded across the miles,” I have been there,” while gently prompting me to scoop myself out of wallowville.

All the while, sipping tea, breathing in a healthy dose of fall fresh air, I pondered a spider on her intricately woven web basking in ray of morning sunshine. Just as my telephone conversation was nearing the end, the tiniest breath of breeze destroyed the web. I still marvel at the spider’s response. Instantly she dropped on a long silky thread and began the climb to weft and warp anew.

What’s a spider to do?

1 thought on “The Spider That Did Not Skip a Beat”