What will Liesel Meminger encounter as she pages through her stolen books?

Narrated by Death himself, the story opens at the dawn of Nazi Germany with Liesel Meminger being deposited with a foster family in Molching after stealing a book from her brother’s gravediggers. With the help of her accordion-playing foster father, she learns to read and shares her stolen books with her neighbors during bombing raids as well as with the Jewish man hidden in her basement. Through striking originality, utilizing the stuff of poetry to craft Death as a compassionate storyteller, details of Liesel’s story are woven to perfection. 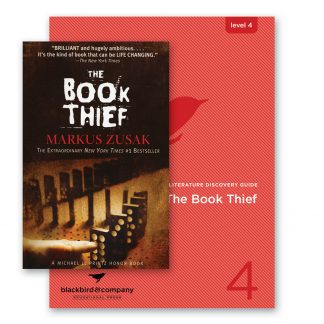