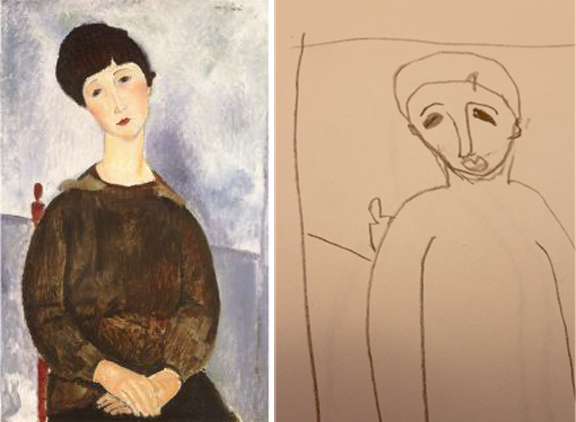 Back in the summer of 2003, I took my children to Modigliani & the Artists of Montparnasse at the Los Angeles County Museum of Art. Sketchbook and pencil in hand, I patted each of them on the back and set them free to explore the works as they saw fit. I love observing the creative process. I felt fortunate to wander with them among works that we have admired from afar in books and on the web.

The exhibition, a collection of works by Modigliani, his friends, and contemporaries, might have been better titled “Conversations from Montparnasse” because the collection was a reunion of works developed long ago in a bohemian Paris neighborhood. I was excited to see how my children would join the conversation. 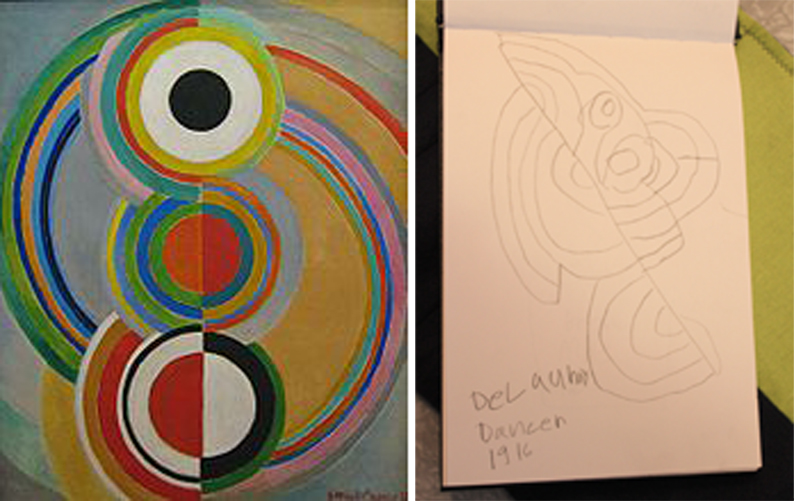 My oldest son Taylor was nine. He had been studying piano for a bit more than a year, but seemed at the time more interested in visual art. Three works captured his imagination at this exhibit: Dancer, Second Version by Sonia Delauney 1916, Black Hair (Young Seated Girl With Brown Hair), Modigliani, and The City, Fernand Leger 1919. These are the works he decided to study. I watched him study and sketch the first two carefully. When he came to the third, Leger’s painting, he simply stood there, soaking the image into his imagination. 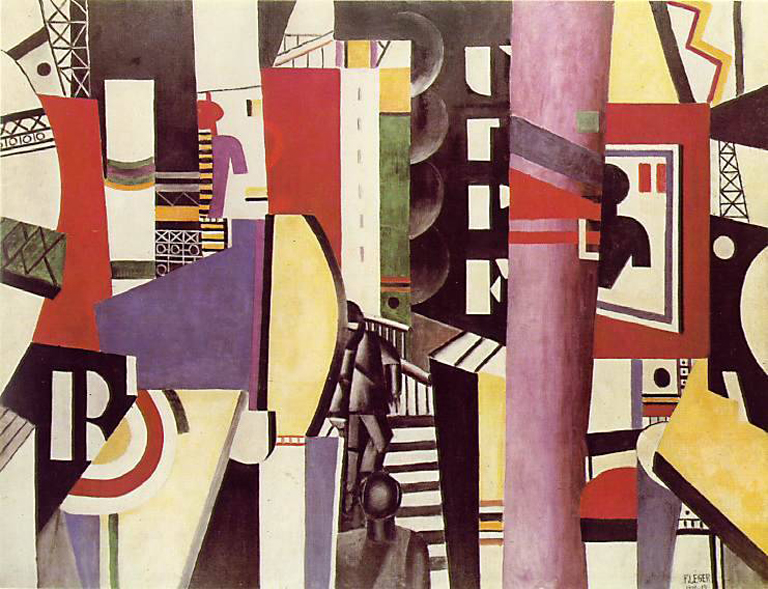 Later that day I heard Taylor plunking away on the piano, but didn’t give it much thought until this past spring when he won a competition for an original piano composition and had to write program notes:

Industrial Animation, a composition for piano by Taylor Bredberg

The story behind this piece began seven years ago after visiting an exhibit, Modigliani and the Art of Montparnasse and after watching a set of short films called Masters of Russian Animation. Here I learned to appreciate industrial beauty and fell in love with the dissonance of Russian music that inspired the main melody. The next part of the journey is very dull considering that the melody sat dormant until recently. In a moment of composer’s block I began to sift through some of my older sketches and came upon the melody. It was unrefined but still had something to it, so I took to it and started working. Prokofiev and Shostakovich, being two of my favorite composers, heavily influenced its mood and shape. Soon enough, along with four brand new melodies, the work is finished, an Industrial Animation at last.

Da Vinci’s sketchbooks come to mind, page after page teaming with elaborate ideas, “Art is never finished only abandoned.” All those years ago when we visited the LACMA exhibit Taylor was simply encouraged to abandon some of his ideas into a little sketch book.

Guess it was worth the trip to the local art museum.