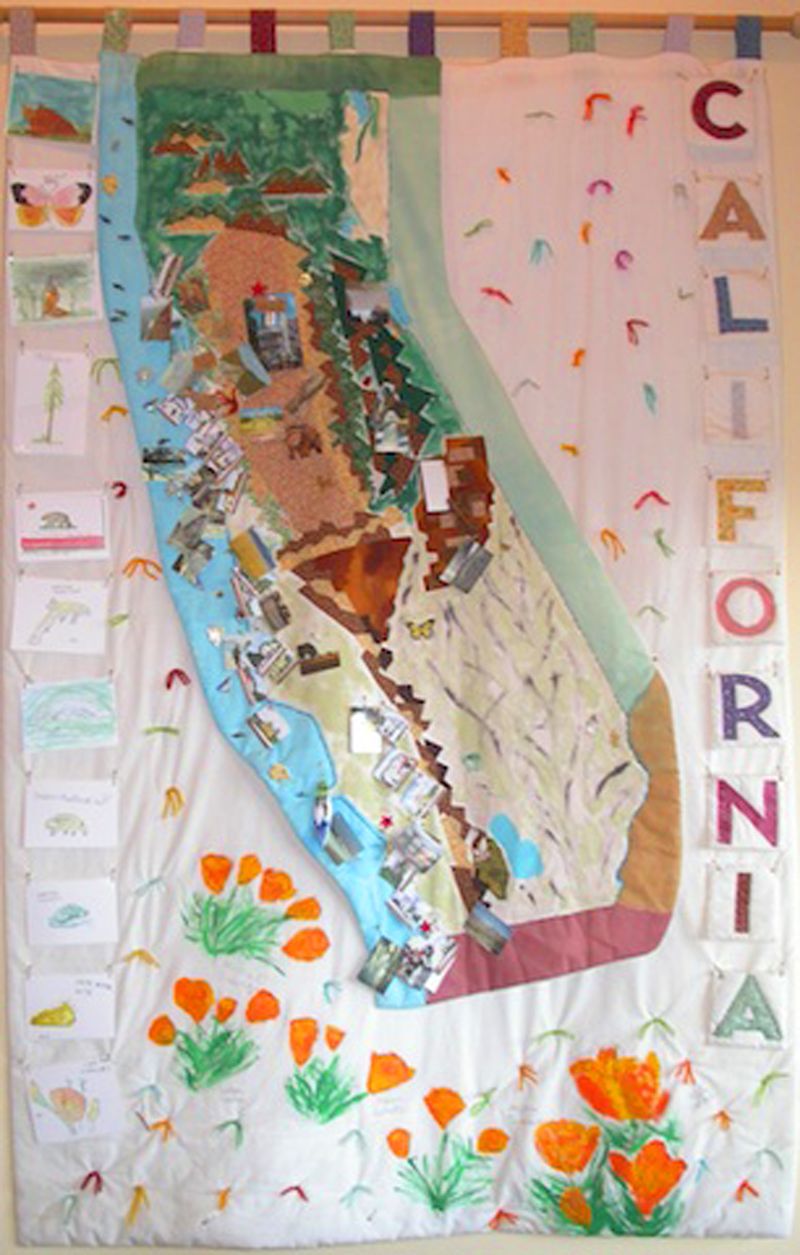 The big idea was to study our state in detail for one full school year, learning its basic geography and all the state symbols. There was no pattern. We just designed it the way we wanted it as we journeyed through our study. We decided to spell C-A-L-I-F-O-R-N-I-A on little pillows to create a relief effect. Each letter was cut out of different fabrics that had Wonder Under applied to the back. Different embroidery stitches were used to embellish the ironed on letters. The pillows were then hung on little safety pins.

Along the left of the quilt are laminated hand drawn watercolored state symbols—state rock, flower, bird and so on. Our children were delighted to safety pin each symbol randomly.

The middle of our quilted California is made of muslin and is a quilt all it’s own with two sides and batting in the middle. Using a large state map as a guide, major features like deserts, mountain ranges, valleys and lakes were either applied using fabric or paints.

We had children bring in photos of themselves from different places in the state or just photos they had taken in different places. We cut them small, then laminated them and attached them with safety pins. All the quilters painted California poppies and signed their names.

For the finishing touch we used bright yarns to tie the quilt together at random spots. We entered our geography unit in the Mid-state fair and won a first prize ribbon!

It’s pretty obvious that a project like this takes hours and hours. Really, there was no rush… except the deadline for the fair!