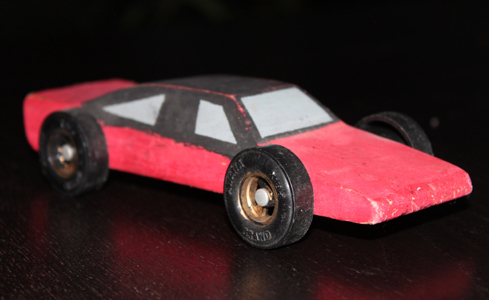 Most people agree that pinewood derby cars fall into two classes: those obviously made by kids and those obviously made by parents. A few years ago two of my sons built winning cars that fell into the kid made category but were viewed suspiciously because they won. Liam, too young to be officially eligible for a ribbon, built The Stealth, a car that beat every officially participating car.

Their dad showed them what to do but made them do the work. He passed his expertise to his sons and showed them how to implement everything from axle polishing to weight placement to wheel alignment. He gave them the knowledge and skill but required them to do the work with their own hands. This is a dad who mentored his sons and believed they could succeed.

Passing on knowledge is a noble purpose, believing in a child’s potential, well that is revolutionary.