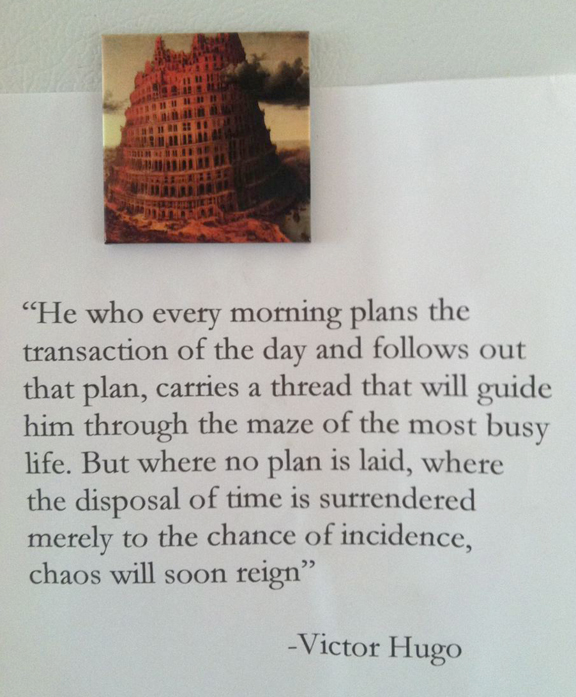 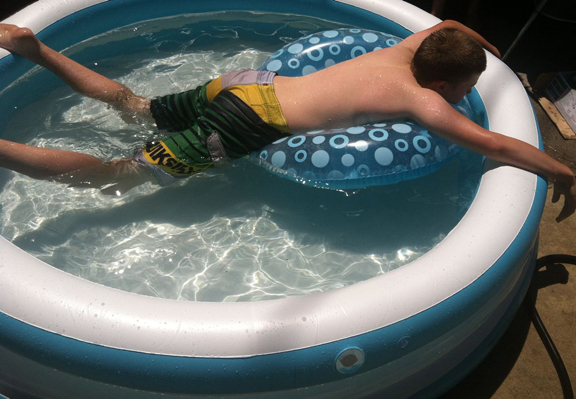 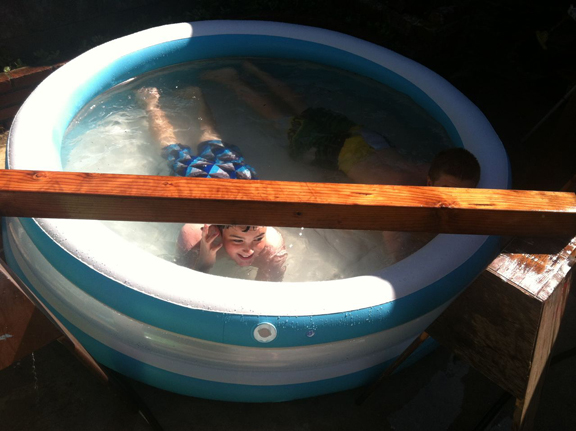 At first the Unplug Challenge gave me laryngitis. Seriously, the vibration of my vocal chords was a jumprope snapping, “No No No No No!”

The simple summer goal was to challenge my boys that low tech is fun. It began with a Victor Hugo quote posted prominently on the front of our refrigerator, “He who every morning plans the transaction of the day and follows out that plan, carries a thread that will guide him through the maze of the most busy life. But where no plan is laid, where the disposal of time is surrendered merely to the chance of incidence, chaos will soon reign.”

My plan was more like a nudge. So each morning I reminded my boys that it would be their responsibility to deny the technological progress of the 21st  century, dust off their imagination, and engage in endless possibility.

At first my boys were bored.

I reminded myself that boredom might be just the garden for imagination to bloom.

Each time the blank was filled in with a noun or phrase having to do with video games or the word-wide-web, the answer was an affirmative NO.

The Challenge is doing the trick! I’m witnessing the resurgence of imagination in my pre-teen and teenage sons.

This weekend boredom led Liam and Søren to rummage through our shed where they discovered our old inflatable pool. That gave them an idea.

Since the adventure was to consume most of Saturday and Sunday, I enjoyed the snapshots I encountered here and there.

To begin, blowing up the thing was quite a challenge. Think Home Improvement. Yes, they actually began trying to use Dad’s air compressor to inflate. Not bad. I didn’t have the heart to stop their Tim-the tool-man-Taylor technique. Instead, I steadied myself for the pop. Luckily the compressor and the pool were not compatible so we never got to that point. Next, they tried the bicycle pump. No luck. Now think Tale of the Three Little Pigs. Yep, old school. They huffed and puffed for nearly an hour. Sure enough I eventually heard the hose running and, donning their beachwear, the quick-change artists were splashing, which is about all that a big lumbering teenager can do in an inflatable pool. Or so I thought. Not long after a few rounds of splashing, I saw them rigging up a balance beam, adjusting the ladder.

“What are you thinking boys?”

That’s when the fun got really fun—cannonballs from the ladder and walking the plank.

Suffice to say, my boys are enjoying old school activities, the kind that don’t involve watts or mega bites.